Waynesboro’s unique attributes combine to create a perfect location for business, recreation, and culture.  Some say it is the quality of life that makes a location what it is.  Our safe neighborhoods, abundance of outdoor recreation, and quality of education at all levels contribute to Waynesboro being a great place to live, work, and play—and Where Good Nature Comes Naturally.

The present City of Waynesboro was included in the 118,491-acre Beverley Patent of 1736, issued to William Beverley by Governor William Gooch under the direction of King George II of England. Joseph Tees purchased 465 acres from Beverley in 1739. His widow operated a inn, the Tees’ (or Teas’) Tavern, a widely known landmark. As the settlement developed, Samuel and Jane Teas Estill and the developer James Flack promoted the area, which was named Waynesboro as early as 1797 in honor of the Revolutionary War hero General “Mad” Anthony Wayne. The town was officially established by the Virginia General Assembly in 1801.

Waynesboro flourished during the following decades. It was incorporated as a town in 1834. Twenty years later, the east-west railroad reached Waynesboro, which accessed major trading markets with the completion of the Crozet railroad tunnel through the Blue Ridge Mountains in 1858. Waynesboro was reincorporated in 1874. In 1881, the north-south railroad reached the area, crossing the east-west line at Waynesboro Junction, east of the river, at a place promoters called the “Iron Cross,” which formed the nucleus of the new boomtown, Basic City, incorporated in 1891.

For 32 years the two towns enjoyed a remarkable period of rivalry and expansion, often punctuated by recession and depression. They finally consolidated under the name of Waynesboro-Basic, following a referendum in both towns in 1923. Renamed Waynesboro by the legislature the next year, the consolidated town soon experienced industrial investment that brought unparalleled growth.

DuPont opened its doors in the 1920s to produce acetate rayon fibers. By the 1950s, General Electric moved a facility into Waynesboro, and both plants continued to have a significant and growing presence in the city. Together along with other manufacturers, they employed thousands. However, the nature of manufacturing gradually changed. Some companies relocated to less expensive labor sources, others shifted to reliance on robotics. Some began to substitute materials. As a result, manufacturing employment in Waynesboro declined.

In response to the loss of major manufacturing employers, Waynesboro transitioned from its previous and vulnerable reliance on manufacturing to an economically more diversified community. Today, with The Lycra Company (formerly the DuPont and Invista facility), Berry Plastics, and Lumos on one hand, and Target, Lowes, and Home Depot on the other, the greater Waynesboro region has a diversity of well-paying jobs and a sizable source of public revenue from retail sales taxes and the taxation of tools and machinery. The city’s efforts to incentivize the development of the Town Center and surrounding commercial real estate have paid dividends. The city’s creative work within the Downtown Enterprise Zone continues to transform Broad Street, just as Waynesboro’s investments downtown are showing results. The city’s commitment to continue to develop its industrial park has attracted new employers and means it has the potential to fully leverage its rail lines and location on I-64. New high-quality housing is being developed in Waynesboro. Older traditional neighborhoods are slowly being rediscovered. Small businesses are successfully operating downtown.

While our industrial make-up has evolved over the decades, the city continues to have a strong heritage of manufacturing excellence, and is a regional retail center and cultural and recreational hub. We also boast incredible natural assets, including a less-than-four-mile traveling distance between our downtown and the Shenandoah National Park, the Blue Ridge Parkway, and the Appalachian Trail. We have one of only two urban trout fisheries in the state, and a downtown waterway navigable by canoe and kayak. An emerging artistic, craft beverage, local food, outdoor recreation, and entrepreneurial cluster is nascent in our economy and particularly strong in our downtown. Successes like the redevelopment and reopening of the Wayne Theatre Performing Arts Center, the expansion and redevelopment of the Shenandoah Valley Arts Center, and the opening of the P. Buckley Moss Gallery in our historic district serve as jewels of our renaissance.

–Portions Excerpted from the City of Waynesboro Comprehensive Plan

The City of Waynesboro is centrally located along the I-81 corridor in the eastern portion of Virginia’s scenic and historic Shenandoah Valley.  Our convenient location along I-64 provides easy access to major locations in the Midwest and Eastern Seaboard.

Our location in the heart of the Shenandoah Valley provides access to a variety of employment opportunities within an easy 45-minute commute and ample recreational assets, including Shenandoah National Park, Blue Ridge Parkway, Appalachian Trail, George Washington and Thomas Jefferson National Forests and an urban trout fishery in downtown.

Additional details on connecting via road, air, rail, or water can be found here.

The City of Waynesboro School Division educates just over 3,000 students in five elementary, and one each Middle and High School.  In addition, they partner with the Governors School and the Valley Career and Technical Center to offer a variety of options.  To learn more about the Waynesboro School District, Day Care, Private Schools, and other offerings, click here (link to current Pre K – 12 page).

Blue Ridge Community College operates a main campus 30 minutes to the north and an outpost location in downtown.  To learn more about BRCC and the other 38 two- and four-year schools within a 2.5-hour drive, click here.

Wilson Workforce and Rehabilitation Center (WWRC) is one of only eight state-operated comprehensive vocational rehabilitation centers in the nation. WWRC provides comprehensive medical- to-work, assessment, transition, and training services to individuals with various disabilities to help gain independence through employment.  For information about all Wilson Workforce and Rehabilitation Center services and facilities, please visit their website, www.wwrc.net

Emergency Management – Receives and dispatches 911 calls and is responsible for the coordination of Emergency Medical Services (EMS) and for Emergency Management (disaster preparedness/planning, response, recovery, and mitigation) and local Homeland Security initiatives.
Fire – The department has 33 paid fire fighters and a volunteer unit. ISO rating is 4.
Police – The department has 44 sworn officers, civilian staff, and a reserve unit.
Sheriff – The sheriff’s office is responsible for all matters relating to the courts.

From the comfortable surroundings of a vintage home in the famed Tree Streets, to a downtown condo, to residential neighborhoods, or the spaciousness of a home on acreage, Waynesboro and the surrounding area provides many options.

Waynesboro is located in the Valley and Ridge Physiographic Province with elevations ranging from 1,050 feet to 1,800 feet above sea level. The average elevation of the Blue Ridge Parkway and Appalachian Trail is 2,200 feet. The South River, a south fork of the Shenandoah River, runs directly through the City at an elevation of 1,250.

The Virginia Department of Social Services maintains a list of providers.

The Virginia Department of Social Services maintains a list of providers.

From the comfortable surroundings of a vintage home in the famed Tree Streets, to a downtown condo, to residential neighborhoods, or the spaciousness of a home on acreage, Waynesboro and the surrounding area provides many options. 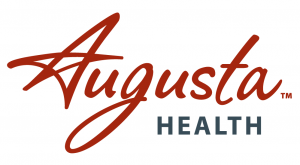 Augusta Health, an independent and community-owned health system that employs more than 2000 residents, has focused on bringing high quality, nationally-recognized healthcare close to home since opening its doors in 1994.

Its mission ‘to improve the health and well-being of our community through access to excellent care’ is realized through providing vital, comprehensive services to the region:

For information about all Augusta Health services and facilities, please visit their website, www.augustahealth.com.

Waynesboro has a wealth of cultural and natural amenities, not the least of which is its proximity to Shenandoah National Park, Blue Ridge Parkway, and the Appalachian Trail. Hiking, mountain biking, fly fishing, horseback riding, and bicycling opportunities abound.

Another appealing element of the City is that its small-town charm is paired with big-city conveniences, such as national retail and restaurant outlets. Within city limits, shoppers will find Target, Kohl’s, Home Depot, Lowe’s, Walmart and more. This commercial district, located at exit 94 off I-64, also offers restaurants like Outback Steakhouse, Panera Bread, Five Guys, Cracker Barrel, and Plaza Azteca.

Waynesboro’s historic downtown is situated alongside the tranquil South River, one of only two urban trout fisheries in the state. Try your hand at fly fishing or merely enjoy the paved Greenway Trail that follows the bends of the river for a lovely one-mile walk. Within downtown, explore the work of regional artists at the Shenandoah Valley Art Center, P. Buckley Moss Gallery, and the historic Wayne Theatre. History buffs will enjoy the Waynesboro Heritage Museum and Plumb House Museum, which saw action during the Civil War. When you’re ready to recharge, locally owned restaurants and coffee shops are close at hand. In the evenings, catch national and regional performances at the newly renovated vaudeville-era Wayne Theatre. Tapping into Waynesboro’s rich natural history, the proposed Virginia Museum of Natural History campus will also occupy space downtown in the near future.

Waynesboro’s annual events and festivals bring pleasure to the whole family—from Riverfest, which celebrates the beauty and ecology of the South River, to the Fall Foliage Art Show, which turns the streets of downtown into a gallery for over 150 artists. Waynesboro is also home to the Virginia Chili, Blues & Brews Festival, now in its second decade, and the Blue Ridge Classic Soap Box Derby, now in its sixth decade. Waynesboro Parks Department, which manages the six municipal parks including a leash-free dog park, makes sure there are plenty of family-friendly events year-round. Run the Valley races, outdoor concerts, fireworks, a kite-flying day—there’s always something on the calendar to look forward to.

This short video highlights three successful businesses in the East Main Street (Route 250) Corridor in Waynesboro, VA. The owners of Rockfish Gap Outfitters, Blue Ridge Bucha, and Basic City Beer Co. discuss the attributes of Waynesboro and the Shenandoah Valley as a wonderful place to visit, filled with outdoor adventure.

Small business is essential to the Waynesboro community and to the success of our economy.  They represent steadfast commitment by owners to provide goods and services to citizens and visitors while offering vast employment opportunities. There are over 5,000 business establishments in the Staunton Waynesboro MSA, almost all of them considered a “small business” using the SBA definition of having less than 500 employees.  In SAW, 86% of our businesses have 19 or fewer employees. The effect of COVID-19 closures on all businesses combined with our two largest employment sectors being hospitality/accommodation and retail have had a significant impact on our economy.

An April 2020 survey of Waynesboro businesses indicated that 63% of the respondents will face a “severe impact” due to business closures or other adjustments to their normal business operation.  When asked what assistance would be helpful to the business owner, 58% responded that cash flow assistance would be most helpful.

The CARES Act of 2020 provides funding assistance to state and local governments for the direct impact of the COVID -19 pandemic.  A component of the Coronavirus Relief Fund (CRF) is the “provision of grants to small businesses to reimburse the costs of business interruption caused by required closures.”  The Waynesboro City Council responded to the need and ultimately allocated $600,000 or 15% of the total CARES funds received to meet the needs of small business.  In total, four grant programs were created and administrated by the Waynesboro Economic Development Authority.

This video highlights three successful businesses in the East Main Street (Route 250) Corridor in Waynesboro, VA. The owners of Rockfish Gap Outfitters, Blue Ridge Bucha, and Basic City Beer Co. discuss the attributes of Waynesboro and the Shenandoah Valley, challenges brought on by the Covid-19 pandemic, and how they overcame those hurdles.